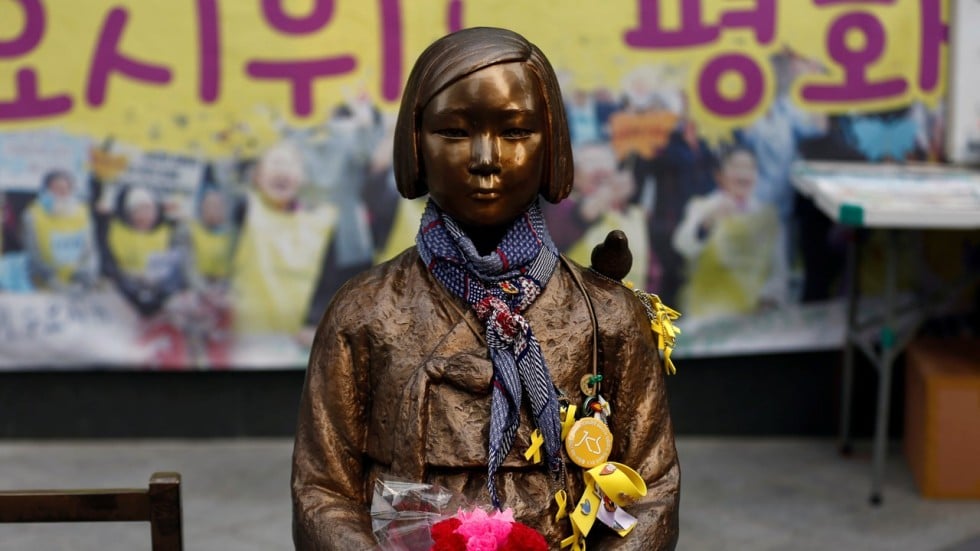 The tension between Japan and North Korea may continue for years, but one controversy between the island nation and South Korea has finally been resolved. This controversy pertains to the abuse of Korean women by its Asian neighbor three-quarters of a century ago.

Known as “comfort women,” the victims actually served as sex slaves to Japanese soldiers during World War II. This serious violation of human rights involved thousands and perhaps hundreds of thousands of women from several Asian nations, including China and the Philippines. However, the abuse of Korean citizens was particularly notorious.

After negotiations by their respective leaders, Japan and South Korea came to an agreement in late 2015, allowing for the compensation of the 46 known South Korean comfort women survivors of the sex slave operation. More than $8 million was pledged by the Japanese government, with the funds being used to restore the “honor and dignity” of the women. The money should also help repair the “psychological” wounds they suffered. The two countries are taking further steps to mollify the controversy, with some of the actions largely diplomatic in nature. Authorities are considering the removal of a “comfort woman” statue that has long existed on the grounds of the Japanese embassy in the South Korean capital city of Seoul. Additionally, the two sides have attempted to solidify their friendship by agreeing not to criticize the other country, at least in the public arena.

The issue had long been a source of controversy between the two countries, but negotiations finally came to fruition in 2015, which marked the 70th anniversary of the end of World War II. The same year would also mark the 50th anniversary of the opening of diplomatic relations between Japan and South Korea. One of the more pressing issues that may have increased the desire to taken action was the age of the victims, many of whom are in their 90s. The final negotiations involved Japanese Prime Minister Shinzo Abe and Park Geun-hye, who was then the president of South Korea. Although the issue had previously been raised by American President Barack Obama, the United States largely removed itself from the negotiations, intervening in only a few pivotal areas.

The agreement did not received unanimous support from all parties involved. Some members of the Japanese government expressed the opinion that the compensation was excessive. However, one Korean woman who was to be compensated criticized the fact that the victims were themselves not allowed to participate in the negotiations.

Though trying to remain generally neutral, the United States did have a stake in the agreement between its two close allies. Any improvement in the relationship between Japan and South Korea could be of value to American interests in the region by helping counter the recent actions of North Korea. Ironically, the separation of the northern area from the southern part of the Korean Peninsula had stemmed from Japanese policy. Alternatively, the compensation of the Korean “comfort women” could help Japan move away from its past and further advance into the 21st century.